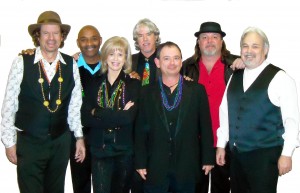 Wet Willie, after The Allman Brothers Band and Lynyrd Skynyrd, was the hardest-rocking of the Southern bands to come to national attention in the early ’70s. For seven years, from 1971 until 1978, they produced an enviable array of albums awash in good-time music, rollicking high-energy blues-rock, and white Southern soul.  The band had a Top Ten hit with “Keep On Smilin'” and several other chart toppers, including “Weekend,” “Airport” and “Dixie Rock,” and a lot of admirers. In contrast to The Allman Brothers Band, Wet Willie was a band closer in spirit to Booker T. & the MG’s, much more steeped in sweaty, good-time R&B than the blues-rock of the label-mates The Allman Brothers Band or the country-rock of the Marshall Tucker Band.   In 1996, Wet Willie was inducted into the Georgia Music Hall of Fame and, in March of 2001, the band was inducted into the Alabama Music Hall of Fame.

Wet Willie was formed in Mobile, AL, in 1969, behind the powerful vocals and distinctive sax of Jimmy Hall, with Jimmy’s brother Jack on bass and banjo, Ricky Hirsch on lead and slide guitars and mandolin (as well as writing a lot of the songs), Lewis Ross on drums, and John Anthony playing the keyboards.  Mike Dukes also had a tenure with Wet Willie on Key Boards in the 70s.  The band counted the Rolling Stones and the Animals among their influences, but their sound was closer in spirit to early Otis Redding or Little Richard, which made the move to Macon, GA, in early 1970 a natural one, the town being Richard Penniman’s onetime home, as well as the headquarters of Capricorn Records, the company run by Redding’s onetime manager, Phil Walden. Wet Willie auditioned for Capricorn that summer and were at work on their debut album by the fall of that same year.

Their first album was appropriately titled Wet Willie, while their second album titled Drippin’ Wet, a live recording, broke the band onto the charts.  The group’s third studio release, Keep On Smilin‘, gave them a hit with the title track, and yielded a handful of other popular tracks. The addition of the female backing group, the Williettes, only opened the group’s sound out further with a gospel and soul sensibility. Dixie Rock and Wetter the Better followed in short order, with a hit single “Dixie Rock.” The band issued one final album on Capricorn in 1977, which was followed by Wet Willie’s Greatest Hits.

Around this time, the group went through a series of internal shifts and next emerged in 1978 with new lineup and a new contract with Epic Records.  Joining Jimmy and Jack Hall were three additional singers (in addition to keyboardist Mike Duke, guitarist Marshall Smith and drummer Theophilus K. Lively) contributed to the amazing vocals and harmonies.  The band added a third guitarist, Larry Berwald. The result was the stellar Manorisms album, which showcased beautiful harmonies and a touch of pop with soul stylings that occasionally had the group crossing successfully close to Motown territory, only a lot hotter and sweatier.  The band released one more album, Which One’s Willie? in1979.

In the 1990s, Wet Willie re-formed around a core of siblings Jimmy Hall, Jack Hall and Donna Hall, together with keyboardist John Anthony, guitarist Ricky Hirsch, and other musicians, including Smith, Duke, and Lively.  The current lineup includes Jimmy Hall, Jack Hall, Donna Hall Foster, T.K. Lively, Ric Seymour, Ricky Chancey and Bobby Mobley, and the band continues to tour and headlines  major festivals.  The band released “Miles of Smiles,” its first live album since 1977, on Hittin’ the Note Records on January 17, 2012, and is currently touring in support of the new release.

View details of this event at Capitol Oyster Bar HERE 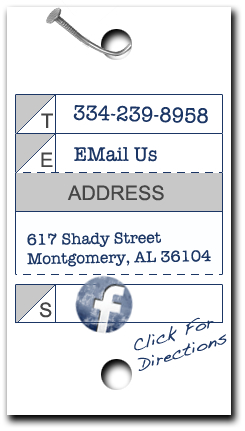